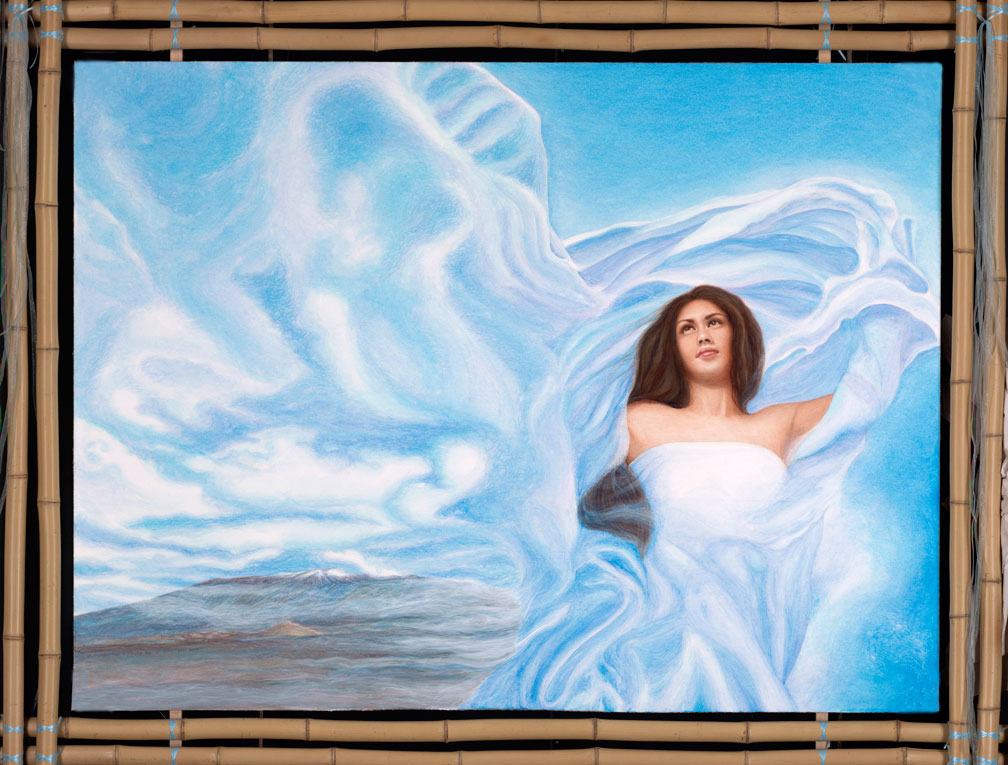 Big Island conservation artist Calley O’Neill, of Waimea, Hawaii, began creating her glaze paintings on Gatorfoam® graphic display board by 3A Composites USA soon after she moved to the Hawaiian Islands from the mainland’s East Coast in 1980. 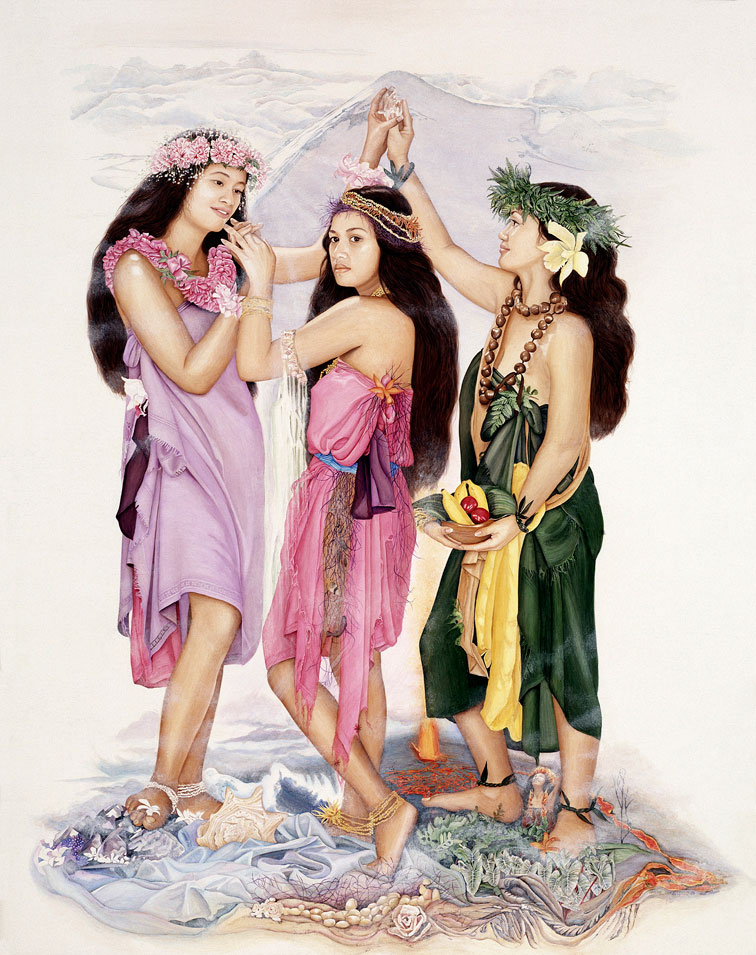 O’Neill, who earned a bachelor of fine arts degree from Pratt Institute in New York, has focused her artwork – including painted murals; stained-glass paintings, windows and mosaic murals; and fine art easel paintings – on ecological and indigenous themes. While well versed in all these art forms, the multi-media artist – who holds a master’s degree in social ecology and public art from Goddard College in Plainfield, Vt. – has shown a preference for creating large-scale murals on solid surfaces.

“I am primarily a mural artist,” said O’Neill. “I don’t know how artists work with bouncy canvas.” 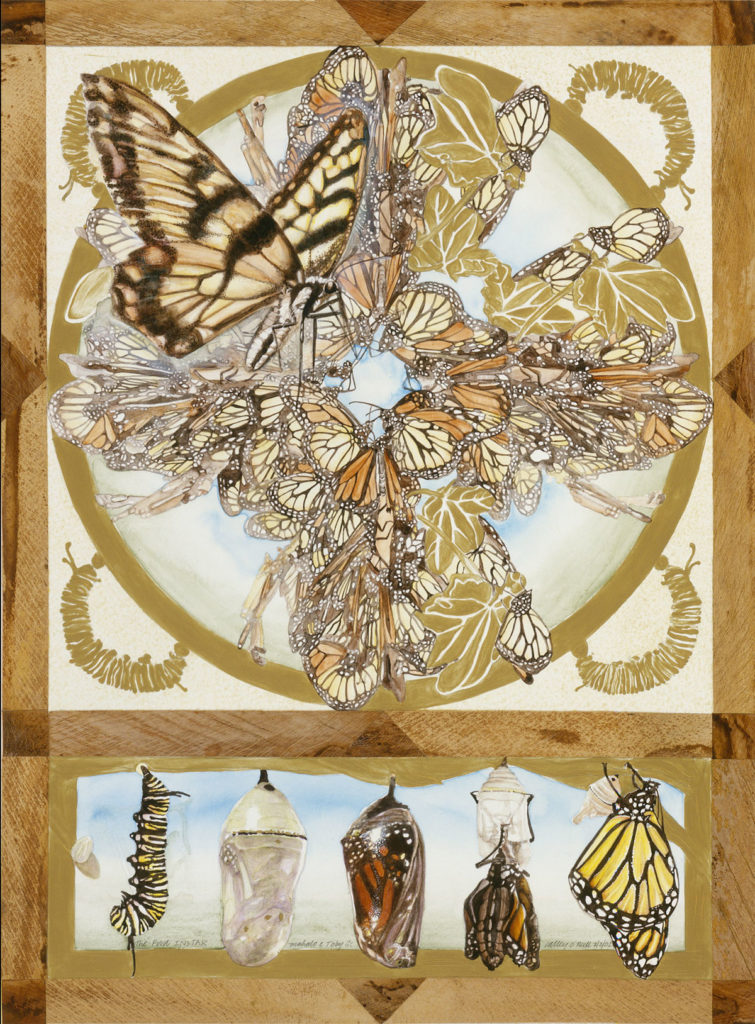 Added to the springy characteristic of canvas are the humid conditions inherent to living and working in “the semi-tropics,” according to O’Neill, who said mold and mildew growth often can be a problem in absorbent art materials.

“I did a series of these paintings, which were beautiful and lightweight,” said O’Neill, who had never encountered Gatorfoam until she took these paintings to be framed. 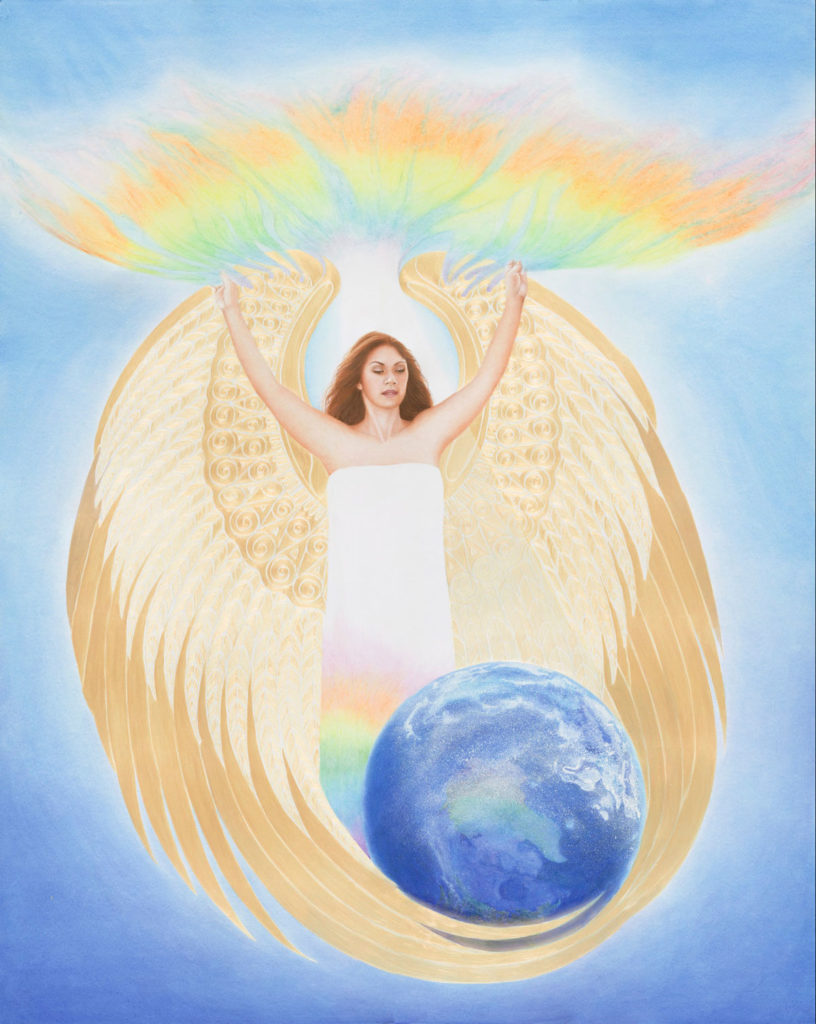 “My framer said: ‘What are you trying to do – reinvent Gatorfoam?!!’” said O’Neill. “That was it! I’ve been painting on Gatorfoam now for more than 25 years and have learned different ways to work with and protect the Gatorfoam edges. I have used Weldbond glue covered with sand, koa wood strips, and sanded and painted spackle as well as more traditional framing methods that include coconut fiber cloth. In some instances, I have put a half molding on the Gatorfoam that extends beyond the half-round molding, looking like a gorgeous large frame. In those paintings, I’ve sanded and spackled the edges and then painted the ‘frame area.’”

“Since Gatorfoam features a plastic core, it doesn’t encourage mold to form,” said O’Neill. “It’s also lightweight and offers a fabulous, smooth surface for painting. … There’s no mold, no mildew and no heavy shipping costs.” 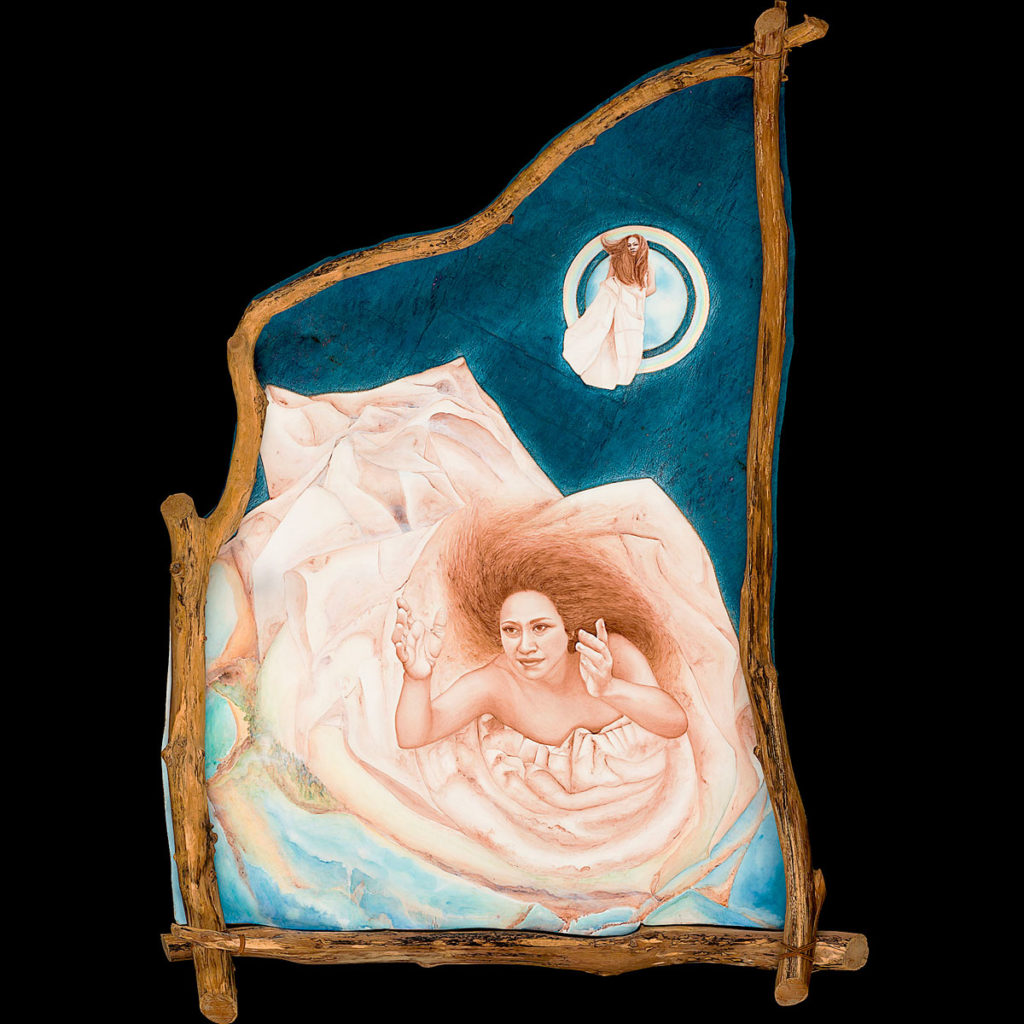 O’Neill most often chooses 1/2-inch Gatorfoam with white facers/white foam in the 48-inch by 96-inch sheet size – supplied by 3A Composites’ distributor One Shot & Grafic Art Supplies in Honolulu – for her fine art paintings.

She preps the Gatorfoam wood-veneer surface with 400 grit sandpaper before laying down dozens of luminous painted layers with fine Politec acrylic paints.

“Painting on Gatorfoam is like painting on marble; it’s effortless,” said O’Neill. “Gatorfoam is able to handle all of the painted layers; the surface has enough tooth (to accept paint) after just a few minutes of prepping with sandpaper. … Gatorfoam offers the most magnificent painting surface I could ever want. Its light weight allows me to create 4-by-6-foot and 4-by-8-foot paintings that are almost weightless and easy to ship. I have yet to do a full mural with them but look forward to that opportunity, which will allow me to work in my studio and install the mural on-site.”

O’Neill describes the artistic genre of her fine art paintings as “symbolic or magical realism.” And, while the characters and imagery portrayed in her paintings are wide-ranging – including ancient Hawaiian mythology, endangered wildlife, African sister ancestry and drought-plagued lands – all are focused on preserving planet Earth.

“I want my paintings to be gorgeous but meaningful,” said O’Neill. “We need to take care of the Earth to have a healthy future.”